My first post-flu run was last night. Truth be told, I still don’t know that I’m quite at 100% yet, but it was good to get out. I just did an easy 5 mi route and it was pretty uneventful. It turns out that the trails around here are much busier when you run during the daylight. (I generally don’t see anyone else after dark. Go figure.) 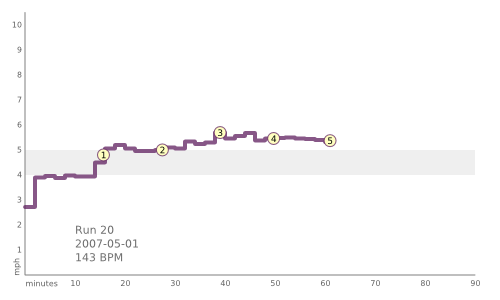 In addition to the standard “I hate the first 3 miles” explanation of my speed, the first half was almost straight into the wind, with the last half pleasantly with the wind.