Another early morning run, but this one was much more successful. I had a bowl of granola and soy milk, which seemed sufficient to keep me going for the entire run. I’m not going to say that it was an optimal solution, but if it works… Now if I could just get up early enough that I’m not late for class after running, I’ll be good to go. 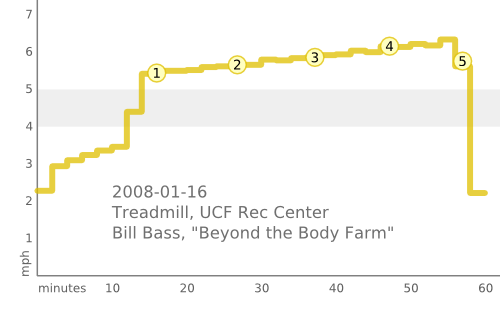 I think I may have to bite the bullet and recalibrate the chip for the treadmill. I’m hesitant to do that, but this run was about 12% shorter than the chip claimed. Feh.